The novel – Lord of the Flies

The novel – Lord of the Flies, with opportunities to explore non-fiction texts

Analysing Shakespeare – Romeo and Juliet, with opportunity to explore love and relationships poetry 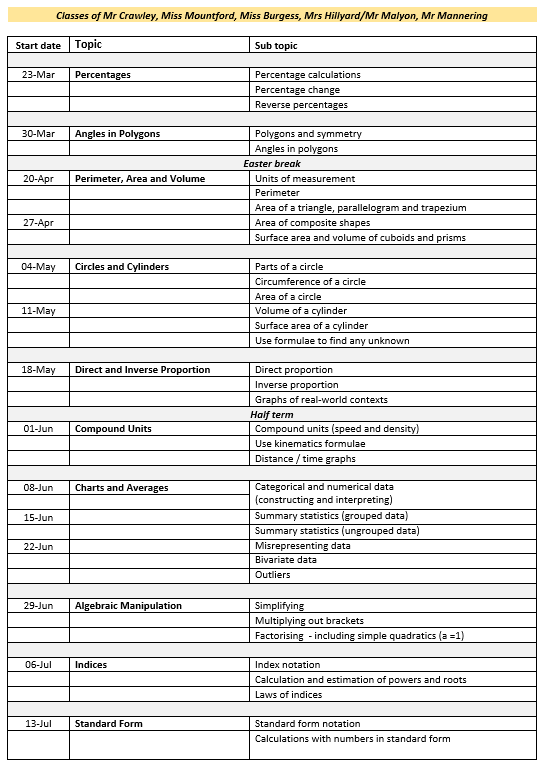 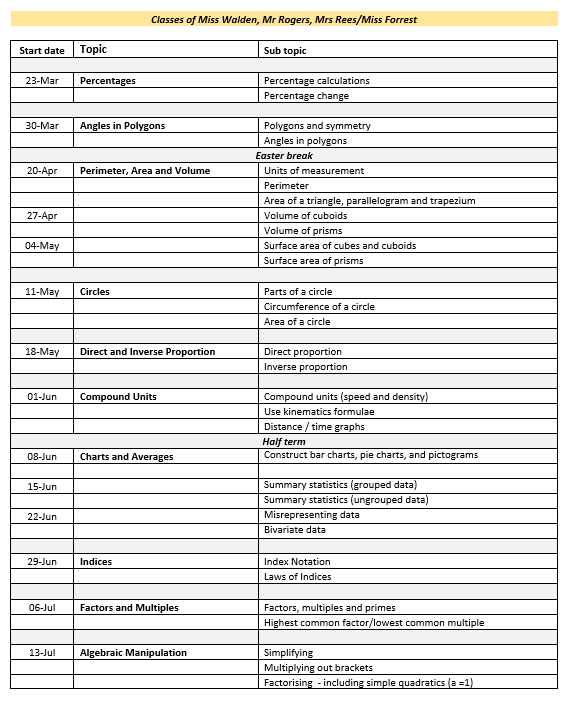 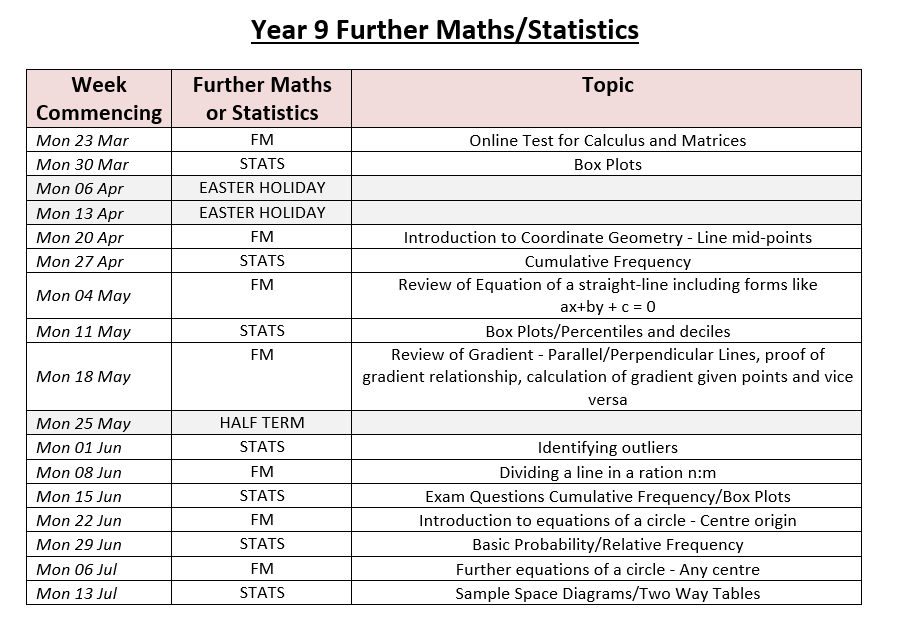 Year 9 home learning content for Physics
The topics that are due to be taught since schools were closed until the summer as follows:

The energy topic was widely completed before schools were closed. It consisted of the following basic principles:

The forces topic consists of the following principles:

This should take us to around May half term and then we would have been preparing for end of year exams which would have been based on the topics taught since September. These topics are:

As mentioned above, these codes are referencing the specification that can be obtained from the AQA website

This topic will be covered using the information given on SMHW which includes useful links. Students will be set 3 lessons per fortnight in line with the 3 lessons per fortnight they would attend at school. Quizzes or exam questions are set fortnightly to help students consolidate their learning and self-assess where they at. Individual teachers may provide extra resources for their class or be in contact via email where possible. The topic ends with an end of topic assessment self-assessed by students with results submitted to teachers where possible.

Consolidation of Year 9 modules – B1 (Cell Biology), B2 (Organisation) and B3 (Infection and Response)
This will be review and revision of the work covered throughout the year utilising a variety of resources via SMHW information.

There would have also been preparation for an end of year test revising all the other topics covered this year:

More detailed breakdown of work will be set every 2 weeks for pupils to complete on Show My Homework, this will usually consist of some note taking and researching and a quiz to check understanding.  We already have built in dedicated time for revision in year 11 so will have enough time to go over anything that pupils are finding tricky when we are back.
Link to the specification (AQA Combined Science)
https://www.aqa.org.uk/subjects/science/gcse/combined-science-trilogy-8464 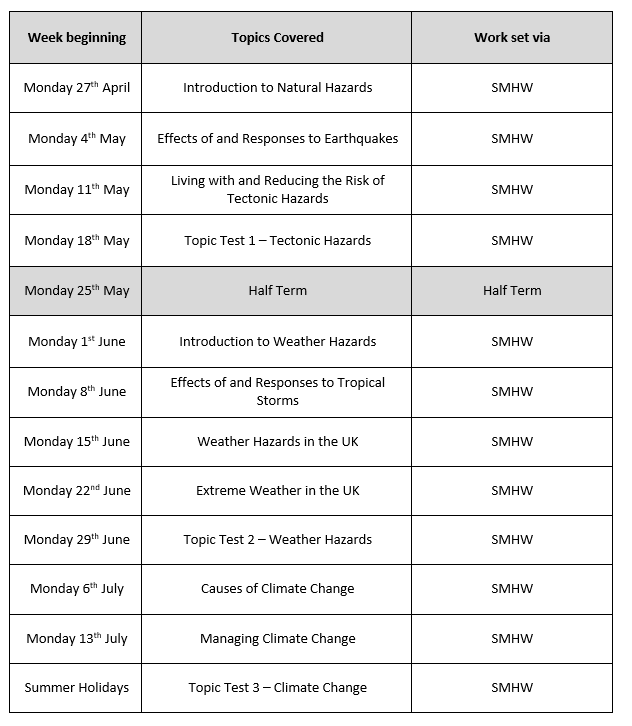 In the first part of the Autumn Term, Year 9 students complete their study of persecution during the 20th century with in-depth investigations of apartheid in South Africa and examples of genocide in Armenia, Cambodia, Rwanda, Bosnia and Darfur.

By Christmas, students start their GCSE course with the first Edexel unit: The USA 1954-75 Conflict at Home and Abroad.

Key Issue 1: The development of the civil rights movement 1954-60

How were black Americans treated in the early 1950s?

How did civil rights organisations develop during the 1950s?

What were the key features of the Brown v. Topeka case?

How did the Brown case contribute to further progress in education?

What happened during the Montgomery Bus Boycott?

What was the impact of the Montgomery Bus Boycott?

How did people oppose the civil rights movement?

What impact did peaceful marches have on the civil rights movement?

What happened during Freedom Summer?

What role did Kennedy and Johnson play?

What was the impact of Malcolm X?

Why did Black Power emerge?

What did the Black Panther movement achieve?

How did the civil rights movement develop between 1965 and 1975?

Was Black Power a help or a hindrance to civil rights?

To what extent did the civil rights movement achieve equality for black Americans?

Key Issue 3: US Involvement in the Vietnam War

What were the origins of the Vietnam War?

Why did the USA get involved in Vietnam?

How did the conflict escalate under Johnson?

How did the Vietcong use guerrilla tactics?

What were the main methods used by the USA?

What was the significance of the Tet Offensive?

How did the war change under Nixon?

Key Issue 4: Reactions to and end of the war in Vietnam

Why did opposition to the Vietnam War grow?

How did the public react to the My Lai massacre?

Why did some people support the war?

What were the key features of the peace negotiations?

What was the significance of the Paris Peace Agreement?

Why did the USA fail in Vietnam?

How is the outcome of the Vietnam War interpreted?

What issues did Elizabeth face on becoming queen?

What kind of church did Elizabeth choose in 1559?

What was the impact of Elizabeth’s religious settlement?

What was the role of the Church of England?

To what extent did the Puritans challenge Elizabeth I?

To what extent did the Catholic Church threaten Elizabeth I?

To what extent did foreign powers threaten Elizabeth I?

Did Mary, Queen of Scots have a claim to the throne?

What happened to the relationship between Elizabeth and Mary, Queen of Scots 1568-69?

Work will be set on each of the following themes in various forms:

GCSE Theme 1a (Self, family, friends)

Regular vocab learning will also be set as well as Duolingo once a fortnight.
There will also be practice of verbs and tenses along the way.

Work will be set on each of the following themes in various forms, but most likely a PowerPoint/Googleslide or a worksheet that will specify notes that need to be copied into exercise books and will include a variety of tasks that need to be completed and self-corrected with an answer sheet.
Regular vocab learning will also be set as well as Duolingo / Memrise once a fortnight.

Work will be set on each of the following themes in various forms:

GCSE Theme 1a (Self, family, friends)

Regular vocab learning will also be set as well as Duolingo/ quizlet once a fortnight.
There will also be practice of verbs and tenses along the way.

Due to the nature of the Design & Technology course it is, unfortunately, not possible for students to complete the same content that they would have studied in school at home. We will therefore set a number of different mini design tasks that will enable the students to develop the same creative and problem-solving skills at home. We will try and make these tasks as flexible as possible as we appreciate that students may be limited by the resources available at home.

If possible, students should submit evidence of the work that they have produced online via SMHW.

Each mini design task will focus on developing the following skills:

Key stage 3
Through a variety of creative and practical activities, pupils should be develop the knowledge, understanding and skills needed to engage in an iterative process of designing and making.
Design
Use research and exploration to identify and understand user needs.
Identify and solve their own design problems and understand how to reformulate problems given to them.
Develop and communicate design ideas using annotated sketches.
Make
Select from and use a range of materials taking into account their properties. (we understand that students will not have access to materials, but they should still consider material properties when designing)
Evaluate
Test, evaluate and refine their ideas and products.

SolidWorks 3D CAD modelling – CAD modelling can help develop skills that apply to a number of different industries including product design, architecture, engineering, computer game design and animation to name just a few. If any students would like to develop their 3D modelling skills at home please email Mr Smith (smithm@piggottschool.org)  from their school email account and he will send the download instructions and licence details. Unfortunately, this is only available on PC and doesn’t work on a Mac.

Year 9 Projects to be covered this term:

Students working on individually tailored projects based on one of the above themes.

Students will be studying a range of theatre practitioners in four separate studies: Konstantin Stanislav-ski, Bertolt Brecht, Antonin Artaud and Jerzy Grotowski / Peter Brook. All studies are set on Show My Homework (SMHW). Each practitioner study will be set for a two week period with a consolidation quiz at the end to test their acquired knowledge.

There are a number of tasks / activities set to help develop their knowledge per each two week study. These do not need to be submitted.

Note: At the end of the Practitioner Study (all five covered) there will be a further consolidation quiz covering all five practitioners.

A key part of the GCSE exam will be to write a review on a piece of Live Theatre. Students will be set a live performance (via Digital Theatre / National Theatre Archive online) to watch and make notes on whilst viewing. They will then, using a template given, via SMHW, need to answer two given questions to practice.

All information and guidance, with key dates, will be uploaded onto SMHW.

This will be set in the 2nd half of the Summer Term (June). 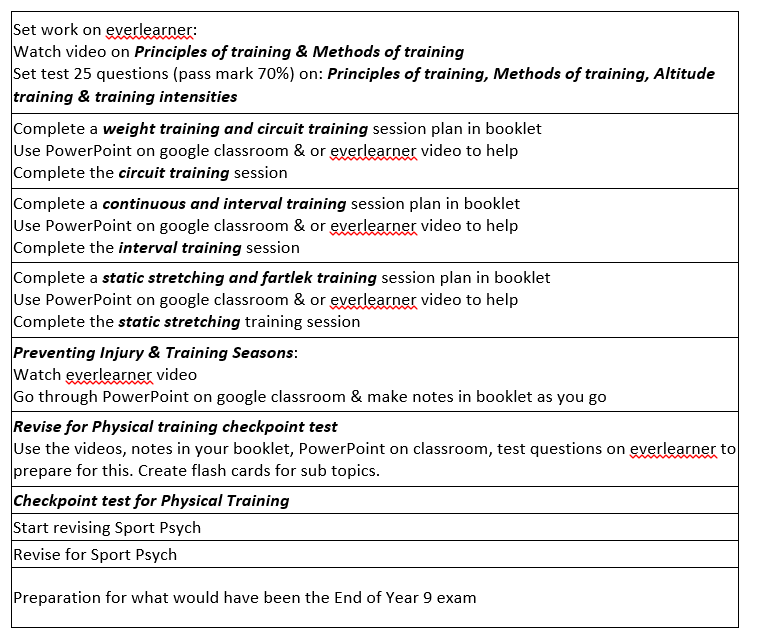 During this time it is important that students keep themselves active. In order to support students with this we will set a weekly physical challenge which will cover the different components of fitness:

Alongside this we will be setting quizzes which will cover the following areas: 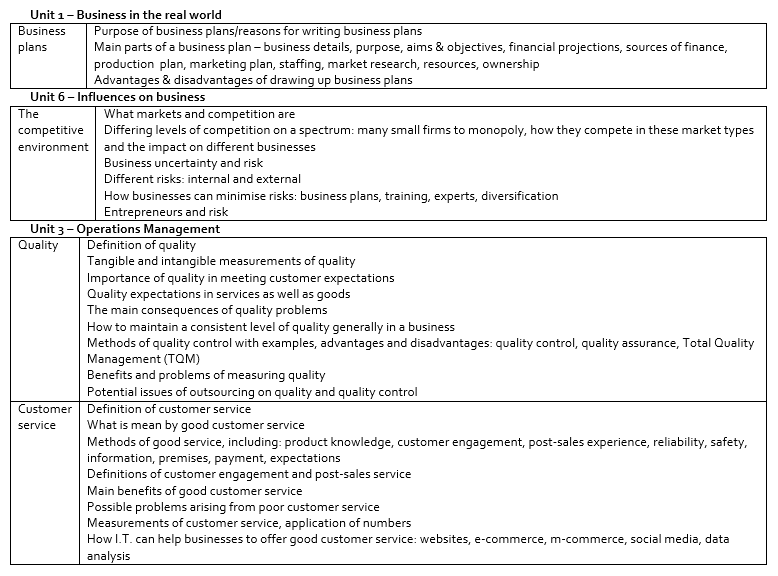 Week 7 and after half-term

All work is set on SMHW

Home Learning for Food and Preparation Year 9 students.
Your lessons are four a fortnight so work has been set to cover several lessons- you decide when to complete the theory based task and when you can complete the practical task, I will set dates on SMHW- to help you keep on track.
Seneca tasks will also be set as this will help you with your written exam.
Have a go at the tasks- hopefully you will find them beneficial- please send photos of your practical tasks- as they are great to see!
A plan of your home learning is as follows: 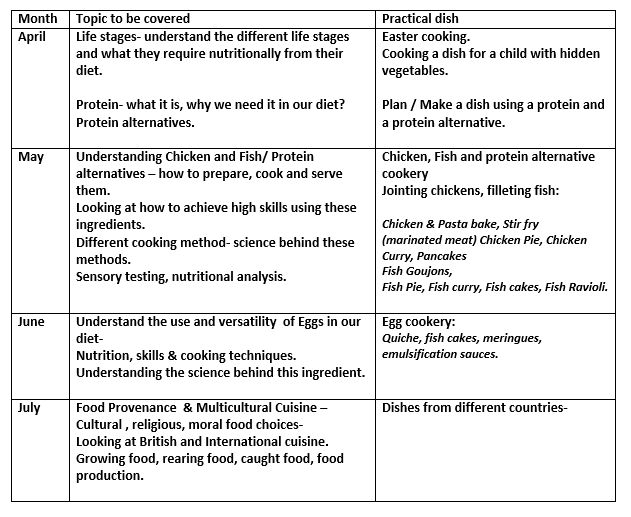 Ensure if you can look at your emails regularly and check SMHW
Happy baking and cooking!