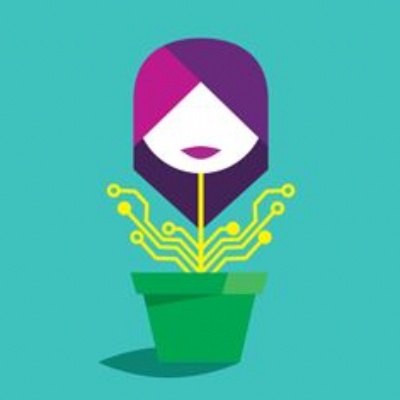 The 1st of December was an exciting day for a group of Year 8 girls. We all went to Microsoft, Reading, to compete in a competition called DigiGirlz, an annual competition held for schools in the UK (there were teams from Birmingham!) to try and encourage more girls to go into Computer Science and Programming.

The day was packed with lots of different activities, including two challenges with microbits, a piece of technology created by the BBC to get children into coding, as well as talks by different people who work at Microsoft. The speakers included Amy Boyd, a Software Engineer, and Cindy Rose, the CEO of Microsoft UK, and a concluding talk (excluding the awards ceremony) where an intern, an apprentice and a full-time worker (a graduate) at Microsoft talked about their jobs and answered everyone’s questions.

In-between the talks, we tackled the first coding challenge, which was an activity to let us all become familiar with the technology we were using. We all had to code a rock, paper, scissors game – it was a lot of fun and really let us all find our feet. The other challenge, the ‘Maker Challenge’, was the main challenge of the day, where we all had to use microbits and everyday items like lollipop sticks and paper cups to create a device to boost road safety around schools. Amelia, Harriett, Maya and Zara created StopBSafe, a device that stops drivers with pressure sensors and barriers. The point of the project was that drivers who were speeding along would have to stop and think, before they continued on. Jess, Lara, Rosina and Tabitha created Elaine (named due to AI standing for artificial intelligence), a lollipop lady from the future which used artificial intelligence to enforce school safety. Team Elaine won the creative award from one of the judges, for their stand-out name and idea. Well done! It was an unforgettable experience that has inspired girls around UK to change the world with technology. The future is bright, and open to those who are ready to take the opportunity.

By Maya and Harriett