Miss Hardy and I took 22 Year 10 & 11 pupils on a terrific trip to China during the half term holidays. After 25 hours of travelling we arrived in Chengdu to be greeted by a delegation of Chinese teachers, followed by an even bigger welcome at Luzhou High School. This was very much a theme of the 11 days we were over there, with everyone being so open; both Chinese children with Piggott pupils and Luzhou staff with Piggott teachers. We had a variety of ceremonies, speeches and other events, and were very well looked after all the way through. The pupils from Luzhou High School treated the Piggott children like celebrities and they all got on like a house on fire. We even had a camera crew and a security guard following us around, such was the occasion! The aims were for the English pupils to take in the culture of China, understand the differences and development and improve their Chinese; all of these were resoundingly met and then some.

We attended the school, which has close to 10,000 children in it and were amazed by the sheer scale of this and the rapid construction work going on in the ‘small’ city of Luzhou (pop. 7,000,000). After a short coach journey we saw mountains and rock structures with giant Chinese calligraphy and oddly, coffins on the side of them before descending in a lift into a enormous cave. The caves were lit up with incredible lighting and we enjoyed a boat ride before eating the local dish hotpot (rather different to Lancashire) in the evening. All of the food in Sichuan province is somewhat spicier than in England, but everyone had a nice meal. The pupils then spent the day with Chinese families, taking part in activities and seeing various aspects of Chinese life, and all came back sporting a plethora of gifts, demonstrating further the generosity of the people of China. After the flag-waving ceremony in school the pupils were taught Art, kung-fu, tai-chi, and sword fighting. 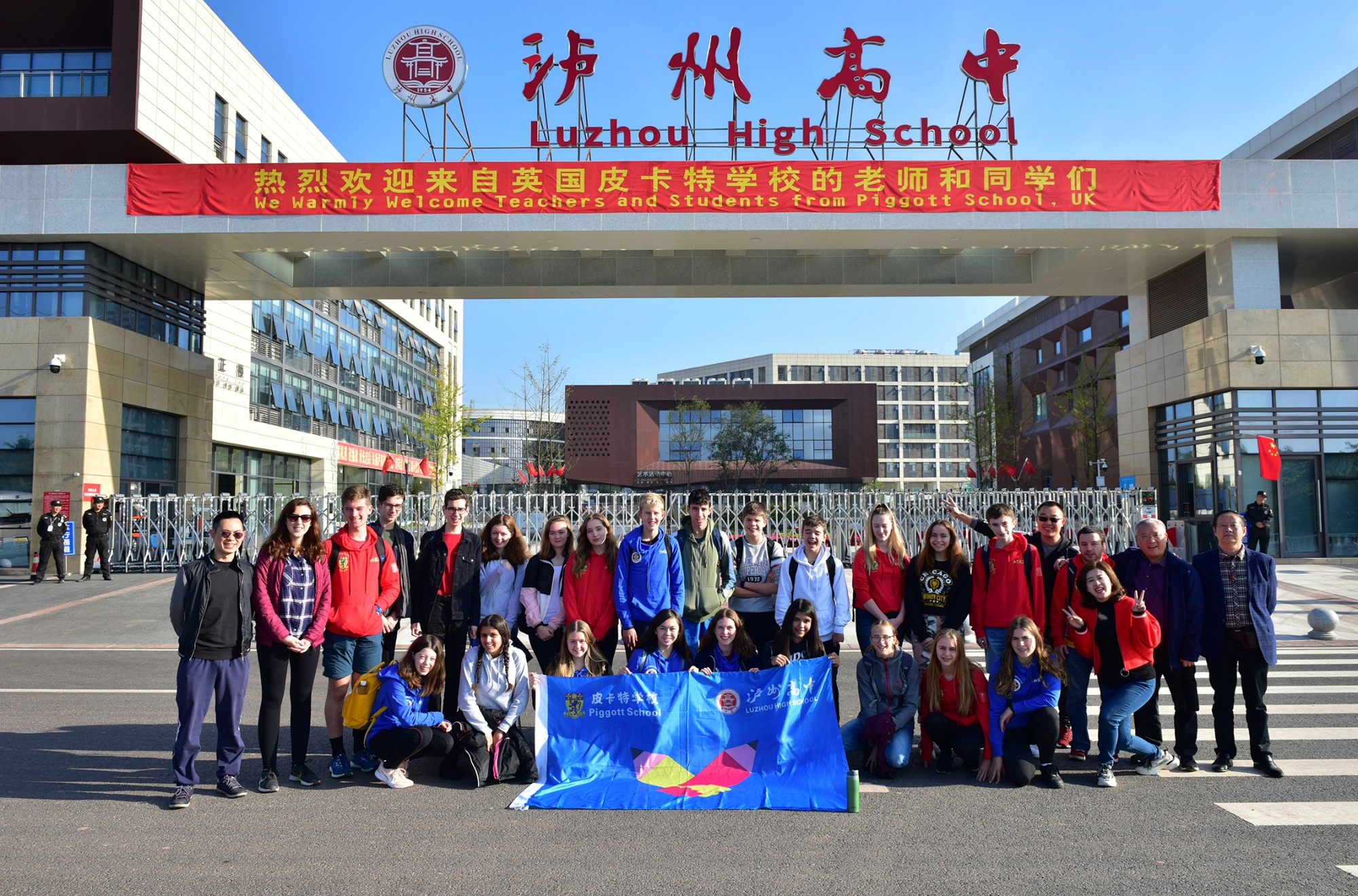 In an incredibly busy day, the pupils spent the morning working on a farm, digging up a huge stash of sweet potatoes, as well as engaging in team-building activities with the Chinese children. After an archery competition they learned how to make Chinese fans with some brilliant results. In the evening we took part in a football match in their stadium, which was quite the experience. We then took the pupils to three ancient villages and took in more of old Chinese life and culture, including tea, medicine and a ‘respect your teacher’ service. Before departing we took part in a closing ceremony, where we were treated to performances by groups of Chinese pupils and we reciprocated by doing likewise.

We then left for Chengdu (pop. 16,000,000) and visited two more traditional Chinese villages as well as a shopping centre. On our last full day in China we saved for many the best until last as we went to the largest panda preservation centre in the world. The pandas were semi wild and it was astonishing to see them so close and high up in the trees enjoying themselves, as well as red pandas, adolescents, and little baby pandas. Overall, it was a fabulous experience for our pupils, they got stuck into every activity, made lots of friends, represented us really well and will have gained a lot from it; well done to every one of them on the trip and thank you from Miss Hardy and me for making it such a success and continuing the friendship between the two schools.