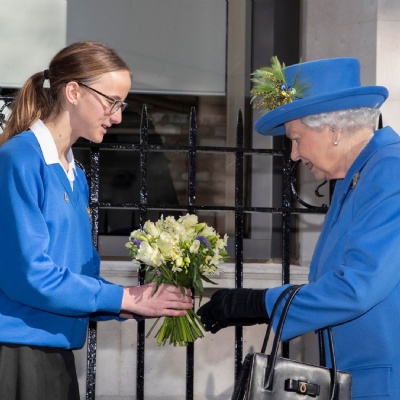 On Thursday 14th February our Year 9 CyberFirst 2018 Competition Winners were invited to be part of the centenary celebrations for GCHQ in London.

While the girls were there they were lucky enough to meet The Queen who was unveiling  a commemorative plaque which contains two hidden messages, in a tribute to the code-breakers who founded the agency. One of the girls, Jess even got to present Her Majesty with flowers as she left the celebrations. They also met the grandchildren of the agency’s first head Alastair Denniston and those of two generations of code-breaking women, including Bletchley Park veteran Ruth Bourne.

There has been a significant amount of media coverage of the event over the last 24 hours and below are some photos and a link to show what an amazing experience the girls had.

The video is well worth a watch but the girls will feature from 3 minutes 50 seconds onwards. 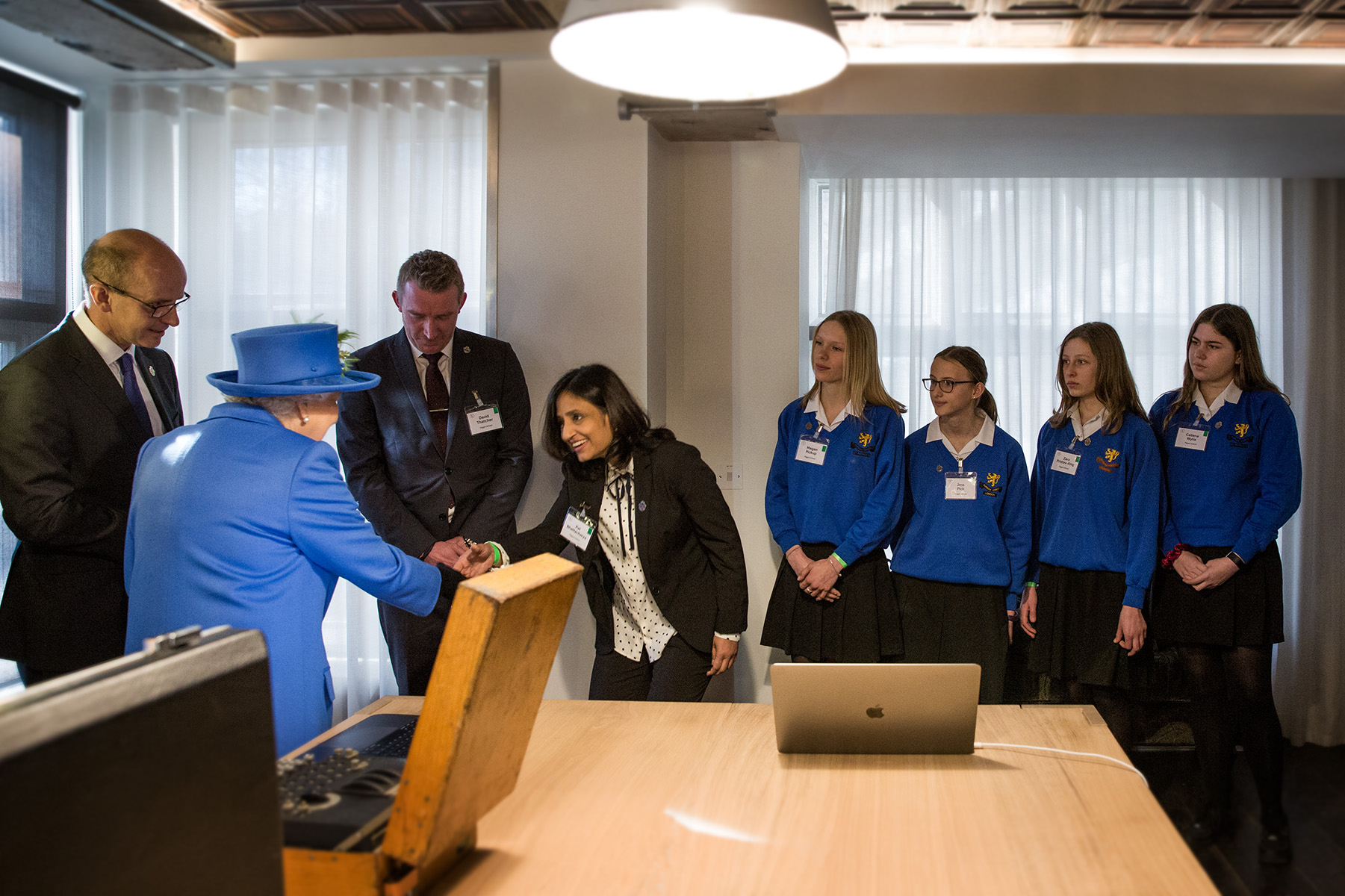 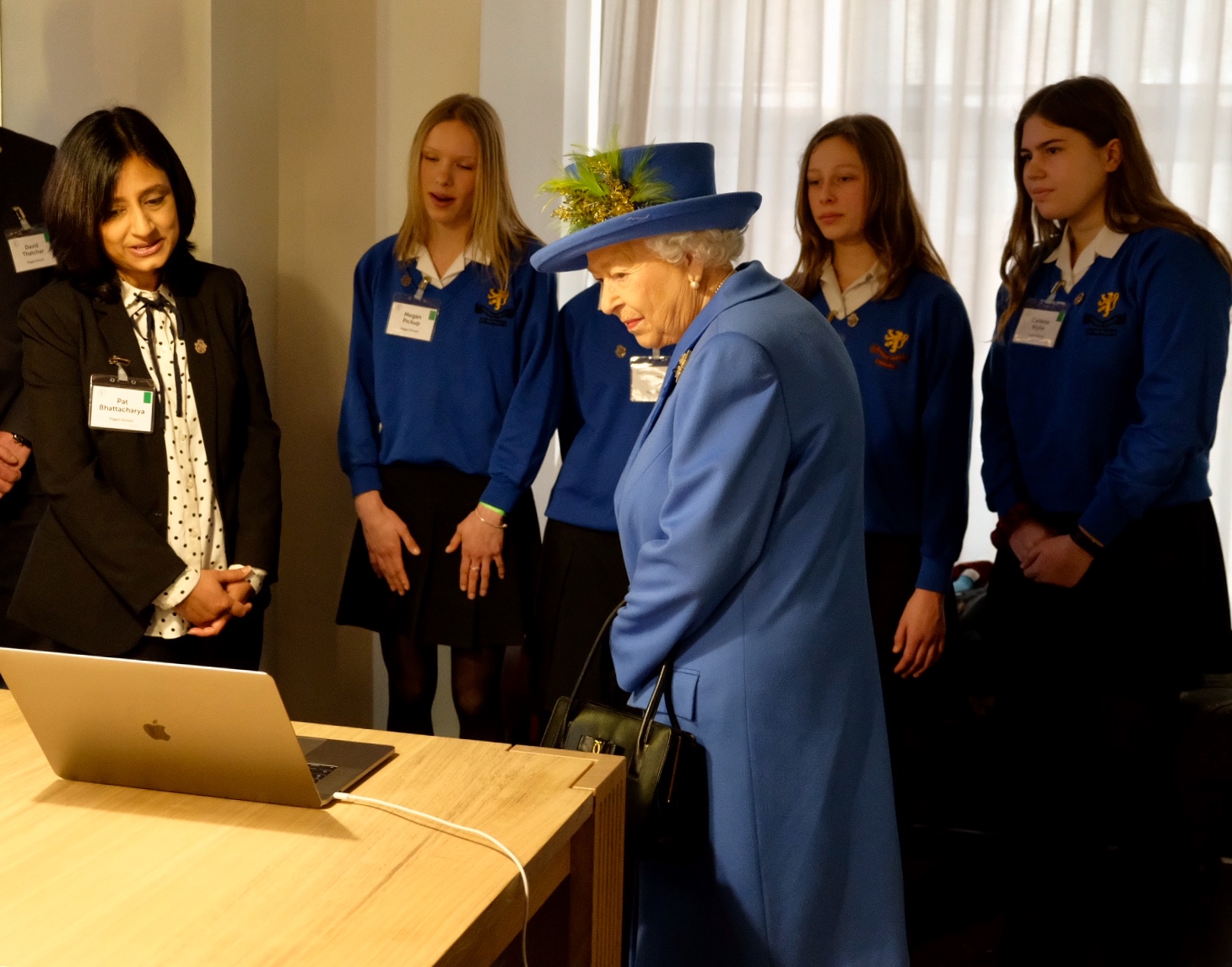 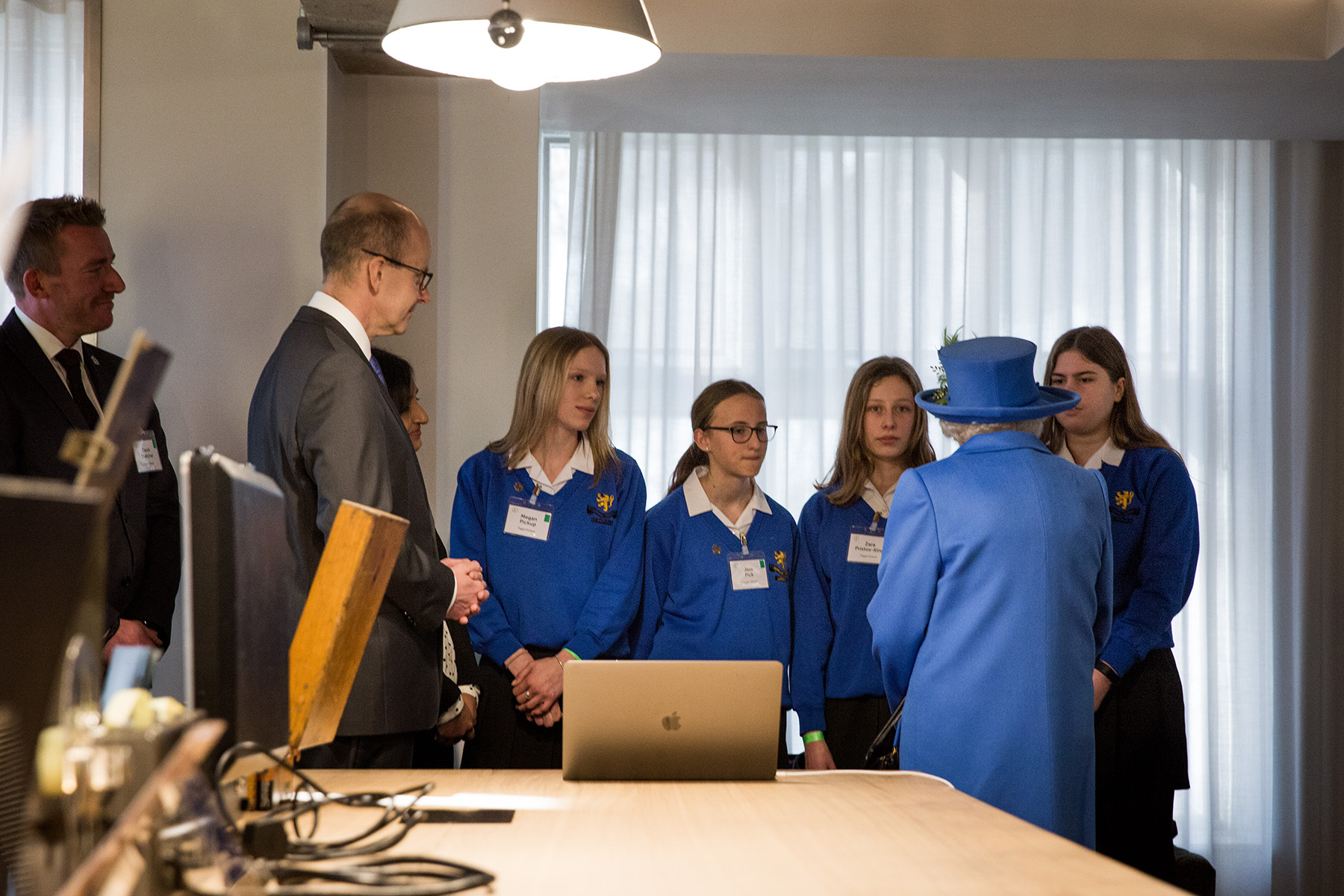